A Chance to Discover the 2019 DEC Graduates

The end-of-year exhibition, entitled Horizons, is now approaching. The theme, Horizons, refers to the multiplicity and diversity that characterizes the graduating group. From different origins and with different backgrounds and experiences, the 10 graduates were able to join forces on a single route in order to tie this colourful exhibition together in a harmonious and coherent way. A real landmark in their journey, this exhibition marks the reunion of their ten creative minds, before everyone lets themselves be guided in their own direction, towards new horizons. Before the exhibition, which will open on June 5, we invite you to learn more about them and their work.

Precious stones have been the origin of my interest and my gateway into jewellery making. After a decade as collector and lapidary artist, I decided to learn how to work precious metals in order to set stones.

I have always been fascinated by the Garnet family, especially green garnets, tsavorites and demantoids, which are the rarest and most sought after.

For my Granatus collection, I decided to make a tribute to garnets by creating jewelry featuring rough demantoid garnet crystals from the Jeffrey mine in Asbestos, Quebec.

Considering the green color of the garnets, the use of gold seemed obvious in order to highlight them. Also, I wanted to create jewellery that would be simple looking, delicate and light, but with complexity in the details, volume and flexibility. To complete the tribute to garnets, I had the idea to use the most common crystal habit in garnets, a rhombic dodecahedron, to create a chain of garnets.

My work is oriented around the idea of creating a unisex aesthetic for jewellery, thus deconstructing the notions of forms too often associated with men and women.

The idea that inspired my creation is Scandinavian jewellery, especially Viking medallions and chains. Medallions are generally massive and masculine while chains are delicate and lightweight. A central stone adorns the middle, reminiscent of medieval beliefs.

With these ideas in mind, the shape of the cushion came to me, a mixture of the male square and the female circle, and I chose to create a fully pierced out medallion and a heavy chain, which contrasts with their usual shapes and weights.

These forms originated from strolling through the streets, looking up at the sky, dazzled by the wonders of architecture.

This great source of inspiration not only gave birth to the first steps of this research, but also allowed the mind to free itself from function and give free rein to its impulse.

This is an invitation to travel, along the water, to the very heart of movement.

Sometimes frozen, often sculptural, the volumes reveal themselves, always fluid, like an unceasing quest, a continuous wave that translates the fragility of an instant within the raw and generous material, which delicately opens itself to interpretation.

The material expresses itself, it alone decides where it wants to go and guides the hands that work with it. 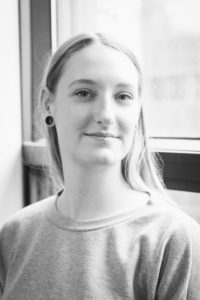 Jewellery has fascinated me since I was a child. In my opinion, jewellery is the reflection of a generation and an era and it conveys a history, the passage of time.

I believe I have a European vision of jewellery and I am therefore very attached to classical rather than contemporary jewellery. My goal is to highlight precious metals and stones and to create jewellery that will appeal to young and old alike.

When designing my jewellery, I think a lot about its aesthetic aspect, but also about its comfort. My pieces are designed to be worn, not displayed in a showcase.

In my opinion, jewellery takes on its full splendour when it embraces the shape of the body. This is why my pieces are given a certain degree of mobility so as not to impede the wearer.

My objective is therefore to create pieces in a classic style with a touch of modernism, while keeping them as light as possible.

If I had to summarize my artistic approach in a single sentence, it would probably be

“Beauty is in the details.”

Having grown up on a small island in the Caribbean, I have always been fascinated by sea life. All these colours and particular shapes inspired me from an early age.

For this project, I chose to use bright red coral branches, which are of their natural colour.

I wanted to keep the coral’s natural shape and colour, while highlighting it in fine silver frames to show its fragility and its importance to me.

Mother-of-pearl also being a material that is very special to me, I wanted to include it in my final project.

I then added more elements reminiscent of the deep sea, such as small barnacles that cling to many aquatic creatures. I chose a matte finish, which reminds me of the polish that is naturally created by the rolling waves.

The roots of my creative process lie in introspection. Since speech has never been my greatest asset, I rather let my hands shape materials in order to express myself. The calm imposed by the creative process gives me time to think, rest and reflect; it is my therapy, my balm. I explore the human body and its relationship to the objects around it, to explore the intangibility of the mind.  Thus are born objects, sculptures or characters who, despite their silence, tell my story.

This triptych is inspired by my fight against anxiety. The necklace, delicate but very present around the neck, represents the feeling of suffocation and lack of air that I may sometimes experience. The ring, elegant but dangerous, reminds me to be careful not to hurt myself. The wide and bulky bracelet is a symbol of the inability to act that sometimes frightens me. Each of these pieces has a delicate appearance and a fragile lacework, reminiscent of synapses, a vast network of the brain through which all these ideas travel and intertwine. Each small bright stone is an idea that occurs at the junction between paths. Three pieces that combine the heaviness of emotions with the delicacy of the human mind: an introspection on the last few months to get off to a better start.

During the three years I spent studying jewellery, I learned to love and appreciate coloured gems such as opals, which was an inspiration for my project. At first, my idea was to create a beautiful necklace filled with pastel coloured stones that represented the beauty of the color scheme and the fragility of the stone while creating a design which was inspired by nature and completed the stones.

In the final design of my project, I decided to create a necklace inspired by the colors that can be found in opals, and using the colors with the floral theme, I was able to create a necklace completely made of silver flowers with a center set with mauve, blue, green and colorless stones. The flowers represent the theme of fragility, and by using marquise shaped stones, I respected my original idea.

My final project is composed of a pectoral, a bracelet and a brooch, entirely made out of elements created with the fusion technique. There is also concrete integrated in three different ways and, for most of the pieces, lapis lazuli pigment. The pectoral and the chosen pigment are direct references to Egypt, my country of origin. My jewels are non-binary, since I stand against gender conventions associated to jewellery. My collection tells the story of the psychosis I experienced two years ago and my recovery through 3 distinct chapters: Storm, Rusty and Let go.

The first chapter, Storm, is represented by my necklace. It shows the peak of my psychosis, a moment that is almost wiped out of my memory, and also the moment I went out asking for help. It is an intense piece because it is meant to represent the intensity of the moment. The fusion here represents confusion and the loss of control, while the concrete is actually the most important element of my 3 pieces. Dark and heavy, it represents my psychosis, swallowing everything on its path, out of control. Finally, the lapis pigment represents me, in the middle of the storm, accompanied with a dark and cold magenta, as an extension of how I felt.

The second chapter is titled Rusty and it is represented by my bracelet. It expresses the difficulties I had to overcome when coming back to school after a year of inactivity. The straight folds that can be seen all over my bracelet represents the straight posture I had to adopt in order to succeed. The concrete is integrated in closed boxes, indicating the control I have managed to gain over my pain. The fusion here has two different purposes: the one on the metal sheet represents stability, while the ones found in the chain and the wire symbolizes the residual confusion from psychosis. Finally, there is still lapis paint, but this time it is accompanied by a red colour similar to rust, expressing my regaining of consciousness and the scar that took time to heal, due to me being rusty. In the end, it is an optimistic piece, reflecting the efforts I made in order to get there.

Finally, my brooch is the last chapter, Let go. It symbolizes my rebirth, the moment where I actually gained full control over my life and where I was able to detach myself from the psychosis, indicated by the absence of lapis on this piece. I have left a little piece of fusion behind me, and a pyrite remains, indicating the multiple facets that events can have. I have changed tremendously throughout this experience, and even if it was terrifying, I am glad that it happened, because it motivated me to change.

My inspirations come from both high-end jewellery, where the elegance and delicacy of precious stones radiates, and the larger rap style pieces.

For my one of a kind neckpiece, I chose to use domes in order to give a more voluminous shape to the piece while keeping it light and easy to wear. I took my inspiration from Van Cleef & Arpels’ famous clover motif for my one of a kind piece. The pattern is pierced and repeated on each component in order to lighten the piece. The entire structure is oxidized and brushed, in contrast to the brilliance of gold. In the centre of the piece is a beautiful morganite surrounded by colourless topazes, representing my love for precious stones.

I have always liked the fact that nature can be represented figuratively, and how this interpretation can be interpreted into jewellery. I am inspired by the ocean and its ecosystem, which I try to recreate in an artistic context. The sea is home to its own world and abounds in natural treasures such as sea urchins and oysters, which are an abundant source of inspiration. I focused on the very striking shape of the sea urchin, and in order to complement its slightly skeletal and fragile shape, I added pearls, which not only come from the ocean, but are also born out of living creatures and reflect purity. The wavy silhouette of my pieces recalls the movement of waves.